Money Myths
Worked example A Worked example B
Home Contact
A survey found that 85% of politicians in the U.K. have no idea of where money comes from. Presumably even fewer can disentangle themselves from the spurious lore that attaches significance to the "Budget Deficit". 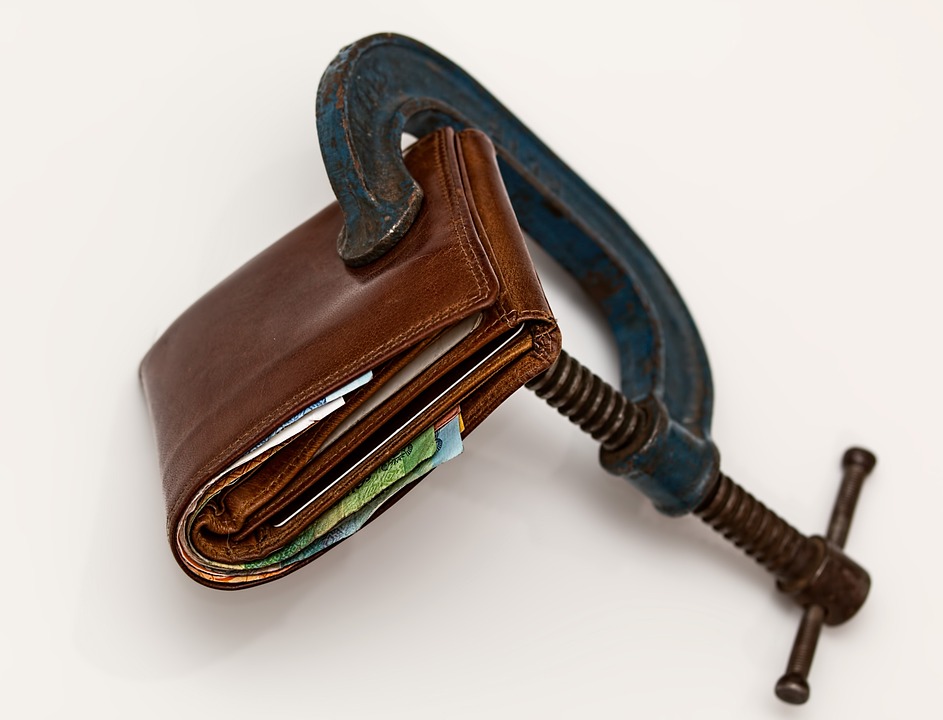 Concerns about the "Budget Deficit" are a corollary of the myth that government finances are like a household budget.

The private sector has produced goods and services that are now owned by the public through the intermediary of government, and the work done has been paid for as salaries, interest payments, licensing fees etc., with these moneys being marked up in people's bank accounts in exactly the same way as if they had done similar work for the private sector.

If the government miscalculates and too much private purchasing power remains, prices will be pushed up, aka inflation. Sufficient taxation is required to limit competition between the public and private domains while both attempt to buy the production of the country. Limited resources (goods and services) are the real constraint on how much purchasing power can be accommodated.

Evaluating the Budget Deficit
If all the production (goods and services) of the country during a time period sums to P (a price, not a quantity), this P provides the income of all participants in the production process, meaning that the potential purchasing power in the economy is also P.

Some of this purchasing power will be saved, S, and some will be taken as tax, T.

If the government decides it needs to purchase G, the actual purchasing power is now

the value of what's for sale is P and so, for the market to clear,

Now G - T is what is termed the "Budget Deficit", and it can be seen to be identically equal to S, the private sector saving.

If we had the sense to refer to the "Budget Deficit" as "Our Savings", we might be able to disentangle ourselves from the spurious mythology promoted by the neoliberal agenda that tries at every turn to rubbish the needs of the public sector. [A]

Government expenditure is not "spending" in any user-centric sense of the word. The expenditure comes from nowhere (just like rugby points), but if the expenditure pays my salary as a NHS nurse, say, this money will end up in my account. Similarly, at the end of a rugby match, points are accrued by the teams, even though these points did not exist prior to the game.

The National Debt
While the "Budget Deficit" is "Our Savings" over a time period (usually one year), the "National Debt" is the accumulation of these savings over all time.

Referring to this accumulation as a "debt" is pure mythology. "Our Savings" is the government expenditure that has not (yet) been taxed back. The private (ie. non-government) sector has been paid by the state for goods and services, and has decided to save a portion of this income.

These savings sit inert as numbers in savings accounts at the Bank of England. Such accounts may be given fancy names like "Treasury bonds", but they are just savings. They may earn a small interest, but other than that, they are just numbers in a computer.

If the holders of these savings decide to spend them, there could conceivably be a problem of too much money chasing too few goods - inflation - but there is always this risk whenever anyone spends money. If there is a problem with inflation, the state needs to remove purchasing power - through taxation - or it needs to boost production. Given that saving is a choice not to spend, it is highly unlikely that bond holders will suddenly decide to spend their savings in the real economy. [B]

The "National Debt" can always be taxed away, but this would not be very popular. The state provides a service enabling the private sector to save, and sets a lower bound on interest rates in the economy by doing so.

To be clear, inflation is the indicator to watch. The size of the "National Debt" is pure bogeyman.

'Our Savings' here refers to the net savings of the non-government sector.

It is important to note that much of our savings takes a different form: if I sell a house and leave the money in a saving account, I will refer to this money as "my savings" but this money may well have come from someone else who has just taken out a mortgage, for example.

If we look at the overall situation, I have £100,000 in my savings account and the buyer's bank has a £100,000 asset on their books, being the mortgage contract signed by the buyer agreeing to pay back the sum over time. Before the mortgage was issued, there were zero savings involved. After the purchase, my £100,000 savings is balanced by the buyer's MINUS £100,000 mortgage.

The net savings is zero - there has just been a transfer between the buyer and me (via the bank).
Ironically, those that decry state expenditure are typically the rich, and it is mostly the rich or large institutions that hold state bonds, whether directly or indirectly.

It is hard to imagine the rich flooding the market with an excessive demand for toilet paper: the spending of the rich is typically not on the sort of things that comprise the basket of goods used to measure inflation. The escalating price of luxury yachts is not something of great concern to the person in the street.

The inflation risk of bond holders suddenly deciding to spend their savings is effectively zero.